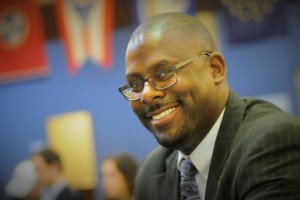 He brings over 12 years of financial services experience working for companies like US Bank and J.P. Morgan Chase.

He made history becoming the first African-American Chairman of the North Carolina Republican Party since 1868 (elected on June 5, 2015)

Hasan Harnett lives in the Charlotte Metro area with his wife, two daughters, and one son.