Skip to content
By Raynor James
Dear Members of the NC GOP Central Committee:
This is an “open letter” as I shall send copies of it to other people whom I have reason to believe will be interested.
Please, stop attacking our Chairman, Hasan Harnett.
Please, stop hiding your actions by having your members sign nondisclosure agreements at your meetings.
Please, stop your efforts to circumvent the will of NC Republicans.
Your behavior is proving very damaging to our Party. As a matter of fact, it is sabotaging our very purpose for existing. You have succeeded in focusing attention on your misdeeds at a time when you should be building human infrastructure in precincts all across our state which is capable of focusing attention on our good candidates and our marvelous platform before the November elections. Shame on you.
I have read Hasan Harnett’s responses to your charges (including his email of 4-6-16) as well as the supporting documentation he included, and I believe his version of what happened. His statements are calm, measured, and logical. The supporting materials (screen shots of communications between him and Ken Robol, for example) are strongly persuasive.
We have a Party Chairman who is well spoken, logical, charming, likeable, kind, and an excellent ambassador for us. It is harmful to our Party that you are not supporting him.
Now, let us consider those nondisclosure agreements. You have used them to hide your work from the NC GOP Executive Committee. This is a practice which is entirely inappropriate. By this method, you have created a climate of distrust and further damaged our Party.
Your efforts to circumvent the will of the body are legion. Hasan Harnett was elected Chairman at the 2015 NC GOP Convention by a majority of delegates attending. He was the choice of the people of the NC GOP. That was not good enough for you. You immediately began a campaign of opposition. Your vocal opposition is harmful to our Party.
Currently, you are trying to circumvent the decision of the Resolutions Committee about what resolutions to hear, which version to hear, and in what order the resolutions are to be presented at the upcoming NC GOP Convention. I suggest that if you do not allow the resolutions to be handled EXACTLY in accordance with the Resolutions Committee’s report, you will do additional damage to our Party.
Also currently, the Convention Rules Committee is proposing a rule which would require a two-thirds majority of delegate votes in order to pass a resolution at the upcoming NC GOP Convention. In the past, only a simple majority has been needed in order to pass a resolution. I suspect you have stacked the Rules Committee in an attempt to control the fate of the proposed resolutions at the Convention. There are very few things for which the NC GOP Plan of Organization requires a super-majority; this is not one of them. Please, stop finagling the rules in an attempt to get your way. If delegates in attendance believe they have been circumvented, it will be harmful to our Party.

Through these and other maneuvers to avoid the will of the body, you are tearing the very fabric of the NC GOP apart. Please, cease and desist at once.
Very truly yours, 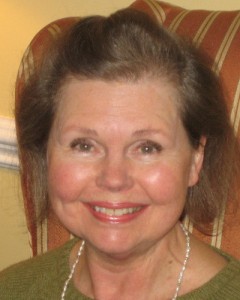 Raynor James, CFP is a Past President of the Washington DC Chapter of the International Association of Financial Planners and has written a regular column on financial planning for the Business Review of Washington.  Raynor has worked as a Commercial Real Estate Broker in the Washington DC Metro area.

Raynor is a past Chairman and current Legislative Action Committee Chair of the Coastal Carolina Taxpayers Association, and serves as Member At Large from the 3rd District to the NCGOP Executive Committee.

Raynor’s husband Brigadier General Hal James, US Army (retired) served on active duty and in the Army National Guard for 40 years.  He holds a Bachelors Degree in Civil Engineering from the University of Virginia.  Hal currently serves as Craven County GOP Finance Chair, Vice Chair for Legislative and Political Action in District 3, and is a Member At Large of the NCGOP Executive Committee. General James also serves as Watchdog Committee Chair for the Coastal Carolina Taxpayers Association.

Raynor James isn’t the only one disappointed in the actions of Tom Stark and the NCGOP Central Committee.  See another letter here. – Editor